The SynBiosys® biodegradable polymer platform makes it possible to create sustained release formulations for virtually any class of biological API, eliminating pharmaceutical development hurdles. Not only that, it improves patient compliance by reducing the dosing frequency and maintaining therapeutic levels for longer time periods. We provide support from manufacture to formulation.

Creating long-acting sustained release formulations of proteins and large peptides has been extremely challenging due to their intrinsic fragility. When protein degradation occurs through unfolding, aggregation, fragmentation, or chemical modification, biological activity is lost – leading to reduced therapeutic efficacy, a shortened shelf life, and the potential for an undesired immune response.

Designed by our partner, InnoCore Pharmaceuticals, the SynBiosys® platform makes it possible to develop injectable sustained release formulations of large peptides and proteins while preserving protein integrity and bioactivity. The SynBiosys® technology is based on a biodegradable polymeric matrix comprised of a selection of monomers that swells upon contact with the aqueous medium and hydrolyzes slowly into small molecules, releasing the entrapped API at controlled rates. The duration and rate of API release can be modulated as required, ranging from a few weeks up to 6 months. SynBiosys® encapsulates proteins and large peptides at high concentrations under gentle process conditions, and can be used with a variety of final drug products.

Key features of the SynBiosys® platform: 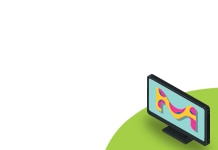 Webinar:
Guideline on Elemental Impurities: Challenges and approaches for implementation